“The Tumor Was Not Resectable.”

This post is part three in an ongoing series of posts about my son Jude and his fight with cancer.
Part 1 – The Day You Find Out Your Child Has Cancer
Part 2 – A Goliath Named Neuroblastoma
Part 3 – “The Tumor Was Not Resectable.”

It was a moment nightmares are made of to find myself standing with my 8½ months pregnant wife alone outside the surgical unit of the hospital. A nurse had just come and taken our whimpering 2-year-old son away from us and disappeared behind a large heavy door into a brightly lit, sterile room. Less than a week earlier, we had been delivered the devastating news that our firstborn child had stage 3-4 cancer, a neuroblastoma tumor that had gone undetected in his abdomen for the last year. In a whirlwind of events, our son Jude was admitted into the hospital, placed in a room on the cancer floor, had huge amounts of fluids pumped into his arms and legs through an IV machine, and subjected to frightening blood draws every four hours. My wife and I had been by his side every second of the day since his diagnosis. And now, we had just handed our sick little boy off to a complete stranger, who was going to wheel him into a room where we were not allowed to follow, inject him with a cocktail of pharmaceuticals until his body was limp, and then take a blade and cut his stomach wide open. Had I known how close my son would come to death in the next few hours, I don’t think I could have ever allowed the surgery to take place. You never get to plan for events like this, but it’s not as if a little advance notice will make it any easier.

END_OF_DOCUMENT_TOKEN_TO_BE_REPLACED

I thanked God for the small miracles in Jude's new little healthy body.

After much frustration in trying to get my 3 year-old to lay down and take “just a little nap” and many requests for me to rock him “just a little bit,” I gave in. Usually, his requests to rock are just a ploy to get out of bed and then he can’t seem to be quiet or hold still long enough to fall asleep or even grow drowsy. But I decided today I’d try again, just for the slight chance I’d get the opportunity to rock my big baby to sleep. And oh how glad I am that I did.

I thanked God for the small miracles in Jude’s new little healthy body.

Rocking Jude today gave me yet another opportunity to thank God for his grace and mercy in healing Jude and allowing us the opportunity to be his parents here on earth and to watch him grow. As I rocked him today, I studied each part of his growing body and thanked God for the small miracles in Jude’s new little healthy body.

END_OF_DOCUMENT_TOKEN_TO_BE_REPLACED

The Worst Day of My Life

One year ago today was the worst day of my life. For me, that’s not a moving date, a comment you glibly make after having a flat tire in rush hour traffic or a bad experience with the fish at a local restaurant. August 1, 2012 was the day when the Chief of Oncology at a children’s hospital gave my 2-year-old son a diagnosis of Stage-3 Neuroblastoma, a childhood-cancer which only has a 30% survival rate.

The following video is a portion of that story, as told by Jude’s grandfather, Brian Zahnd.

For more about Jude and his fight with cancer read the following.
Part 1 – The Day You Find Out Your Child Has Cancer
Part 2 – A Goliath Named Neuroblastoma
Parts 3 & 4 are currently private, but I will be posting them soon.

This post is part two in an ongoing series of posts about my son Jude and his fight with cancer.
Part 1 – The Day You Find Out Your Child Has Cancer
Part 2 – A Goliath Named Neuroblastoma
Part 3 – “The Tumor Was Not Resectable.”

Once the doctors had given us a diagnosis of cancer in our son, Jude, while heartbreaking, it was also oddly reassuring. We had endured over a year of severe gastrointestinal and growth issues with him, and no doctor had been able to determine why. Now we had a diagnosis, and even though it was the embodiment of our worst nightmares, at least we knew now what we were up against. We knew what we were fighting, and we could form a plan.

For months, it was as if a phantom monster was attacking Jude. We couldn’t see it, but the evidence of its presence was with us always: Jude’s sunken eyes, the bloated, distended belly that made our two-year-old look pregnant, the limp, thin strands of hair, the constant vomiting and diarrhea. Something was obviously wrong. Most doctors seemed to think it was a strange food allergy, some protein that Jude was unable to digest, or some adverse reaction to cellulose that caused his intestinal transit to occur far too rapidly. We had tried all sorts of various diets: gluten free, dairy free, lactose free; and gone through all manner of food and protein supplements. (All of them taste horribly. Trust me.)

END_OF_DOCUMENT_TOKEN_TO_BE_REPLACED

The Day You Find Out Your Child Has Cancer

This post is part one in an ongoing series of posts about my son Jude and his fight with cancer.
Part 1 – The Day You Find Out Your Child Has Cancer
Part 2 – A Goliath Named Neuroblastoma
Part 3 – “The Tumor Was Not Resectable.”

We had gone to the hospital, like so many other times before, to consult with a team of doctors and have more testing done. We knew in advance this time would be a little different. The plan was for our two-year-old son, Jude, to have a CT scan done and possibly admit him into the children’s hospital for a day or so in order to monitor his eating and bowel issues closely and try to pack some weight on him. It wasn’t the most convenient time to be planning a multiday stay at the hospital. My wife Ashlie was 8 ½ months pregnant with our second son, and I was afraid that he might be born any day. But we knew our lives were only going to become more hectic after he was born, so we were taking care of things now.

For over a year, Jude had been struggling with severe gastrointestinal distress. He had a small appetite, and suffered from constant diarrhea. As first-time parents, we were understandably alarmed. Jude was checked out by our pediatrician, who then referred us to the Gastrointestinal Clinic in the hospital, the same hospital where my wife was employed as a pediatric ICU nurse. Although they couldn’t pin down exactly what was wrong, they were pretty sure it was simply a bad case of “toddler’s diarrhea” or possibly a hard-to-diagnose food allergy. And so this dance went on: we’d visit the hospital and meet with a team of specialists who would recommend new diet restrictions and feeding schedules in order to isolate the problem, and after a few weeks of seeing no change we’d come back and meet with a new group of specialists who’d make their own recommendations. Nobody seemed terribly alarmed, and so we tried to not be neurotic parents and trust the doctors knew what they were doing.

END_OF_DOCUMENT_TOKEN_TO_BE_REPLACED 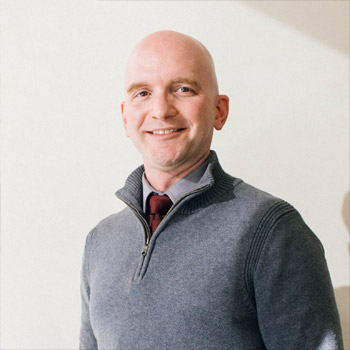